In the phase of early industrialization in the 18th century, mining and industry, which in some cases was still based on hydropower, led to the emergence of numerous commercial estates with urban house shapes. However, it was mostly the small, industrialized medieval towns that, with industrialization, grew into large cities in just a few decades. Its historical core, which developed into a business center in Victorian times, was surrounded by workers’ living quarters, interspersed with factories, in a concentric sequence in different periods and designs. The simple one Very tightly built-up early industrial quarters with row houses built on the back (back-to-back houses) followed on the outskirts by a zone of cellarless row houses with bay windows and small gardens from various Victorian periods. In the interwar period, extensive suburban settlements were built from terraced and semi-detached houses with front and back gardens, some of them based on the garden city concept (Garden city). With the help of green belts protected by building law, attempts have been made since the 1930s to limit further growth in large cities. Large-scale renovations have been carried out in the early industrial and Victorian inner cities since 1951, removing a large part of the old buildings and replacing them in part with high-rise buildings, but since 1970 mainly with modern, less dense single-family houses. Cities that were late to the industrial economy, such as B. Bristol and York, managed to keep their rich architectural heritage up to the present day.

This also applies to many small rural towns, provided they did not come into the catchment area of ​​urban agglomerations.

The garden city concept also became the basis for the New Towns founded after the Second World War. Many cities have undergone a conversion and redesign of formerly commercial and industrial areas. These industrial wastelands, which are largely located in the central areas of the cities and which have become dormant, have been transformed into modern locations with office, residential and leisure functions (museums, concert halls, multimedia learning locations) (including London Docklands, Salford Quays in Manchester, Cardiff Bay).

There is freedom of religion. The Anglican Church of England (Church of England) in England and the Reformed Church of Scotland (Scottish Church) in Scotland have the status of established churches under the auspices of the state, although the state church is now largely formal in character. Church and state are separate in Wales. In Northern Ireland, the Anglican Church of Ireland was a state church until 1870; their close connection with state institutions, which initially continued to exist afterwards, no longer exists today.

On the state side, membership in religious communities is not recorded. However, the 2011 census provides information about the religious orientation of the population. However, different questions were developed for the individual parts of the United Kingdom (England and Wales, Scotland and Northern Ireland), which led to different and inadequately comparable results during the data collection.

For England and Wales, the census showed that over 59% of the population profess Christianity. However, there was no deeper differentiation according to Christian churches or denominations. Muslims make up just under 5% of the population. Smaller non-Christian religious communities of less than 2% each are Buddhists, Hindus, Sikhs and Jews, most of whom are based in London and other metropolitan areas. Around 25% of the population do not follow any religion.

With regard to the whole of the United Kingdom, the information provided by Christian organizations and self-reported by believers results in a number of around 67% of the baptized, although the proportion of “active” church members (registered adult members; worshipers) is shown to be significantly lower. In relation to baptism, around 44% of the population (around 9% “active”) belong to the Anglican Church (Church of England, Church of Ireland, Church in Wales, Episcopal Church in Scotland), around 9.5% to the Catholic Church (around 2.5% “active”), around 13% Protestant churches, around 1% various Eastern churches.

According to mysteryaround, the Catholic Church comprises seven archdioceses in Great Britain (Birmingham, Cardiff, Saint Andrews and Edinburgh [seat: Edinburgh], Glasgow, Liverpool, Southwark [seat: London], Westminster [seat: London]) with 23 suffragan dioceses. The partly cross-border Catholic dioceses in Northern Ireland are integrated into the all-Irish church organization and belong to the ecclesiastical province of Armagh. Within the Protestants, the Reformed (Presbyterians and Congregationalists) and the Methodists constitute the numerically largest churches; The Baptists and Pentecostal churches are growing in membership. Immigrants from African countries and the West Indies have planted numerous congregations in the tradition of independent African and Afro-Caribbean churches. 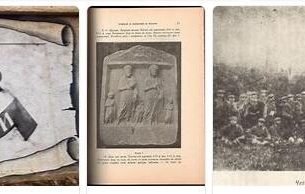 Bulgaria Literature During and After Liberation 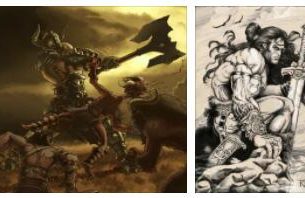