Since I know how helpful such testimonials can be, I would also like to pass on my experiences about UCLA. Of course, it started with filling out all the necessary forms. This was not a problem as I was always given excellent advice and was helped immediately with every question, no matter how banal. I thank you again for that!

I chose two courses: photography and a basic screenwriting course that took place online. Each of these courses was given 4 credit points and since I kept reading that it is best to attend two courses – that would be the right dose – I did it that way. In the course of my article I will learn why these recommendations should be taken with caution.

I left on August 2nd, 2008 and arrived in LA that same evening. The university started on the 4th. Then I took the Super Shuttle to Westwood and spent the first night in a hotel. (Royal Palace Westwood, is recommended for one night). The super shuttle (blue van) only cost me $ 16. The principle for this means of transport is as follows: Several people are charged at a time who have to drive in the same direction, so the price is relatively cheap. But when I drove back to the airport after 6 weeks and I knew the transport options better, I chose the Flyaway Bus for only $ 4 including wireless Internet access. This goes to Kinross Ave, near Veteran Ave in Westwood and is highly recommended.

The UCLA check-in the next day took place within a very short time and so I went to my off-campus apartment on Landfair Ave. It wasn’t that great when I opened the door to the room, the following bothered me: The wall of another building was just one meter across from the window. So I had to stare at this wall for 6 weeks. Well, that wasn’t so important to me now. Much worse, however, was the fact that there was a ventilation system in the house opposite, which made loud noises to attract attention. In the first few hours I thought it was impossible to spend 6 weeks there and wanted to switch rooms, but somehow you get used to this noise. Furthermore, there was NO air conditioning in my room, only heating. Yes, you can hardly imagine it but it was like that. And somehow I got used to that too. And further: The light switch for the bathroom, it was rather a timer, was outside the bathroom on the wall. And every time someone wanted to go to the bathroom he had to wind up this timer, like an egg timer. You got into states after a week at the latest, because I always had to hear this annoying noise because my roommate had to go to the bathroom all the time (even at night) because of the bladder. The beds weren’t next to each other but on top of each other. There was also a fridge and microwave which was pretty much the only positive thing about this room. And of course the size also speaks for off-campus. It was really big enough, in contrast to the rooms in Sproul Hall.

The photography course was great. We had a great, young, motivated team (instructor, teaching assistant, lab assistant) and I can absolutely recommend this course to everyone. The infrastructure with the dark rooms was excellent. However, the photography course only dealt with analog color photography and had nothing to do with digital photography. That was a good thing, but we could have been told before the course started, because since almost everyone only brought their digital cameras with them, we had to buy analog cameras from the local provider for $ 150. That was annoying, because at home I would have had an analog camera and I regretted this unnecessary expense.

The course was extremely time-consuming. I had to create 2 photo series of at least 6 prints each. These critiques took place once after three weeks and once on the last day of school. The first critique was titled “time”, while the second exhibition allowed us to take photos on a topic of our choice. So first I had to design a concept, then the necessary spaces in huge LA
also find what is not so easy in a foreign city and finally the photos had to be developed independently. So I usually found myself in the darkroom every school day in the afternoon to develop my photos. There were also two writing assignments, including a trip to the Getty Center. And there was a lot to read. And for the other course, I should have read and analyzed a script, developed three independent script ideas, wrote a treatment for an idea, and wrote 20 script pages.

However, since I also wanted to see something from LA and California, I had to drop this course on URSA. I couldn’t possibly have completed the two courses without being under constant stress and I didn’t want to do that to myself. So I canceled the script course, luckily within the first two weeks, and got all my money ($ 888) refunded. I was very grateful that this went off so smoothly. On the subject of the number of courses: I know someone who took two business courses, he had neither assignments nor exams and, taken both courses together, had less school than I did with one course. In addition, he can now have 8 credit points credited. You see, you never know beforehand how much effort is necessary for a course. Maybe you should inquire somewhere beforehand
Since I am writing a bit too extensively, I would like to summarize my other experiences: Las Vegas is absolutely worth seeing and the trip with the Greyhound Bus takes 8 hours, but costs only $ 75 (there and back). When traveling by bus with the metro within Los Angeles, one constantly encounters fringe people and freaks, so be careful. Generally there are extremely many homeless people in Westwood. When it gets dark you should stay away from downtown if possible. That is extremely dangerous there. There are many strange characters who chase or chat with you. Really a no go area, especially at night. That surprised me a little …

But the entire campus and the classes were absolutely unique and the classmates were all incredibly nice. A summer session is highly recommended, the 6 weeks passed in no time! 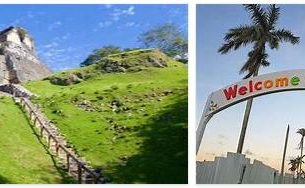 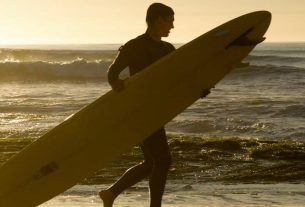 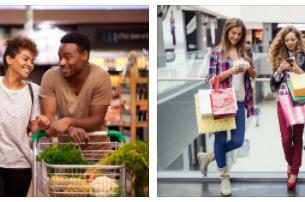