Switzerland is one of the countries with the highest material prosperity. With a gross national income (GNI) of (2017) US- $ 80,560 per resident, Switzerland ranks first among the European industrialized countries, ahead of Norway and Luxembourg. Internationally, too, Switzerland is among the industrialized nations ahead of the USA and Japan. Switzerland’s economic strength is based, among other things, on on a highly developed production apparatus that has been intact since the end of the Second World War, on the export orientation promoted by the small domestic market and the scarcity of raw materials with the associated competitive pressure as well as on the high expenditures for training, research and development.

Despite the crises in the world economy as a result of the two strong oil price increases, until the 1980s Switzerland was not only considered an island of political (neutrality) and social (social insurance, »industrial peace«), but also of economic stability within the framework of a market economy. It was possible to keep unemployment low (1990: 0.5%), to revive growth, to limit the inflation rate and to avoid passive balances in the current account. In the 1990s there was economic stagnation and painful structural change. After a brief recovery from 1997 onwards, the economy weakened again at the beginning of the 2000s. In 2004–07, Switzerland recorded an increase in gross domestic product (GDP) by an average of 3% per year. As an international banking center, the country suffered a recession in the wake of the global financial crisis (GDP 2009: –0.2%), but was able to consolidate again in the following year (GDP 2010: +2.7%); since then, annual economic growth has stabilized at 1.0 to 2.5%. After high levels in the mid-1990s, the inflation rate has returned to a stability-oriented level (2016: –0.4%); unemployment fell from a historic high of 5.2% in 1997 to below 2% and rose only slightly during the crisis (2016: 3.3%); compared to neighboring European countries, it is very low (2019: 2.3%).

A total of around 5 million people are employed in the Swiss economy (2018). As in all highly developed industrialized countries, the structure of employment and production is shaped by the service sector; 75.7% of all employed persons (2017) are employed in this sector. The share of the manufacturing industry (including construction) has been declining since the early 1970s; In 2017, only 21.2% of all employed persons found employment in the secondary sector. Agriculture is relatively insignificant, accounting for 3.1% of total employment.

Foreign trade: The Swiss economy has always been closely linked to foreign trade; Switzerland’s import and export rates are among the highest in the world. The most important trading partners are the EU countries, which (2016) account for 78% of the import value and 48% of the export value. By far the most important supplier and customer country is Germany, followed by Great Britain, Italy, France and the USA. The main export products are pharmaceuticals and chemicals (2016: 32%), watches and precision instruments (12%), machines and electronic products (10%) and metal products (4%). The foreign trade balance is slightly positive (2018 import value: CHF 273.4 billion; export value: CHF 303.9 billion).

Since 1950, final energy consumption in Switzerland has increased more than fivefold, with the population increasing by around half. The greatest increase is recorded in traffic (especially air traffic), which has become the largest consumer group with a share of 36.4% (2016). The primary energy demand (2016) is covered to 50.3% by crude oil, 24.5% by electricity, 13.7% by natural gas and 11.5% by other energy sources. Oil, natural gas, coal and uranium (for the nuclear power plants) have to be imported. 59.0% of electricity is generated in hydropower plants (including storage plants) and 32.8% in nuclear power plants (2016: 61.6 billion KWh). The 643 larger hydropower plants have an installed capacity of 14,750 MW. Since 1969, five nuclear power plants with an installed capacity of 3,200 MW have been put into operation: Beznau I and II, Mühleberg, Gösgen and Leibstadt. In 2011, the Swiss Federal Council decided not to build new nuclear power plants, and on May 21, 2017, a referendum decided to phase out nuclear power, although it is assumed that the remaining term will extend into the 2030s.

Switzerland has hardly any mineral resources that can be mined. The production of iron ore was stopped in 1967. The salt pans on the Upper Rhine and near Bex only cover the state’s salt needs. In addition, lime is mined to a significant extent in the Jura, in the Rhône and in the Alpine Rhine valleys for cement production.

Although in Switzerland by far the greatest number of kilometers per resident are covered by rail in a European comparison, the car is several times longer than the railroad. With a car density of (2017) 546 units per 1,000 residents, Switzerland is one of the most heavily motorized countries in the world.

The road network covers (2016) 71 540 km; 1,840 km of these are national roads, 17,900 km are cantonal roads and 51,800 km are municipal roads. Due to its central location in Europe, Switzerland is also becoming increasingly important as a transit country. This applies in particular to the north-south axes. There are increasing conflicts between the requirements of traffic on the one hand and the necessities of environmental protection and the constraints of topographical conditions on the other. Especially on the Gotthard line, the limits of resilience have been reached. For this reason, a night and Sunday driving ban was set years ago and a performance-based heavy vehicle charge (HVF) was introduced for trucks on January 1, 2001.

In addition, the NEAT (New Railway Alpine Transversal) project, which began in 1999, aims to build two base tunnels through the Gotthard (57 km; breakthrough of the tubes in 2010/11; celebratory opening of the tunnel on June 1, 2016) and the Lötschberg (35 km; since 2007 in operation) a shift of the transalpine freight traffic to the railways. With the project Bahn 2000, the first stage of which was put into operation in 2004, and the follow-up project »Future Development of Railway Infrastructure« (ZEB) decided in 2007, the nationwide expansion of railway infrastructures is intended to achieve a significant increase in performance in public passenger transport.

Due to the topography, the existing network of traffic routes is the densest in the Central Plateau. In the 19th century, the most important mule tracks across the Alps were turned into roads (Alps, traffic). In the national road network, the west-east connection Geneva – Bern – Zurich – Winterthur – St. Gallen – St. Margrethen through the Mittelland and the north-south transversal Basel – Lucerne – St. Gotthard – Chiasso (the tunnel sections under the St. Gotthard and Seelisberg were opened in 1980) the main traffic routes, to which the Basel – Zurich – Chur – San Bernadino – Bellinzona connection, which is only partially developed as a motorway, and the alpine crossings over the Great St Bernhard and the Simplon belong.

The fully electrified railway network has a length of around 5,200 km. Of this, 3,230 km are operated by the Swiss Federal Railways (SBB) and almost 2,000 km by over 100 other companies (including numerous cogwheel and funicular railways). The most important non-federally owned railways in terms of route length are the Rhaetian Railway in Graubünden (384 km), the BLS Lötschberg Railway (245 km) and the Matterhorn-Gotthard Railway (144 km). The Gotthard tunnel was opened as early as 1882, the Simplon tunnel in 1906 and the Lötschberg tunnel in 1913, and the Furka base tunnel in 1982.

Navigation on the Rhine is important for goods traffic on waterways. A large part of Swiss bulk imports is handled in the Basel Rhine ports. Swiss navigation on the Rhine has (2016) 219 ships, including 135 passenger ships; There are also around 64 cargo ships and 36 ocean-going ships registered in Basel.

The three international airports Zurich, Geneva and Basel-Mulhouse-Freiburg im Breisgau (on French territory) are available for air traffic, with Zurich with an international traffic volume of (2017) 29.4 million passengers and 270 500 flight movements by far greatest is. There are also a number of regional airports. The national airline was Swissair until 2001. The successor company Swiss was taken over by Deutsche Lufthansa AG in 2007. 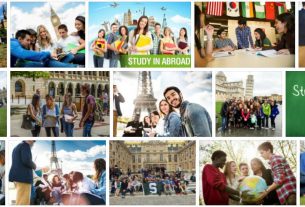