Whether for a semester abroad or an entire degree, there are many reasons for studying in New Zealand . The island nation’s renowned study system is characterized by its high quality and enables undergraduate and postgraduate studies . In addition to the eight universities , numerous state and private institutions in New Zealand’s higher education landscape offer academic and professional degrees. The Bachelor and Master degrees, which have meanwhile also been introduced in Germany, are replaced by the Bachelor of Honors , Diplomas and Certificates in New Zealandadded. At the top of the New Zealand education is the doctoral degree.

In general, the New Zealand study system is similar to that in the UK and Australia . Many study programs are practice-oriented and continuously challenge the students in the courses with performance certificates. At the same time, the flexible and permeable study system with numerous specialized programs enables optimal conditions for studying. In contrast to the German study system, the New Zealand educational institutions do not make such a strong distinction between academic and professional training.

The structure of the study system in New Zealand

The classic bachelor’s degree is the usual academic degree in the undergraduate area. It usually lasts three years and its content is strongly focused on the respective field of study . The bachelor’s degree is acquired at universities, PTEs and ITPs and qualifies for entry into a career. At universities, a major is often combined with one or more minor subjects. New Zealand Bachelor Degrees listed on the NZQF are recognized internationally in the job market and for postgraduate programs.

After completing the Bachelor’s degree, the Bachelor of Honors can be achieved through an additional research-based academic year. Good to very good academic performance is a prerequisite. One advantage is the further specialization before the master’s degree.

After successfully completing a bachelor’s degree, it is possible to pursue further studies in the postgraduate area. The usual next higher degree is the master’s, which can only be obtained at universities . In some cases, professional experience is required for admission. The master’s degree in New Zealand usually lasts two years and offers three different options for obtaining the degree: by means of courses ( by coursework ), by means of independent research ( by thesis ) or by means of a combination of these two ( by coursework and thesis ).

The highest academic degree to study in New Zealand is the doctoral degree. A master’s degree or a bachelor’s degree with first or upper second class honors is required for a doctorate in New Zealand . Depending on the subject, doctoral students usually work three to six years on a research paper (thesis) that is published later. The doctorate can only be obtained at universities.

Successful independent research (thesis) qualifies for a Doctor of Philosophy (PhD, DPhil). Courses ( coursework ) are only used for research purposes and for admission to the doctoral program, both for PhD and for specialized degrees such as EdD or DMus . For the latter, at least two years of research must be included. Higher doctoral degrees, such as DSc or DLitt, are awarded after years of research with numerous publications by leading international experts for outstanding work.

The New Zealand study system includes other degrees in addition to bachelor, master and doctoral degrees.

After the first diploma , the graduate diploma can be obtained. The course is practically oriented and does not yet represent an academic degree. It is classified lower than the Bachelor. The Postgraduate Diploma enables the expansion of specialist knowledge and builds on the Bachelor, Graduate Certificate or Graduate Diploma degrees . This postgraduate course qualifies you to start your career.

In addition to a full course of study, shorter study stays for international students in New Zealand are also possible:

The study system in New Zealand compared to Germany

In New Zealand, professional and academic training takes place in educational institutions. The study system is therefore more practical and job-oriented . New Zealand degrees, such as the Certificate and Diploma , are only of interest to German students as an additional qualification, as they are not recognized as independent degrees in Germany.

Since the Bologna reform , Germany has offered the international Bachelor and Master degrees. Nevertheless, these differ from the New Zealand models. In New Zealand, the students specialize later, working in a more familiar and at the same time more practice-oriented manner. The Bachelor of Honors , a specialization for good students, does not exist in Germany. The various options for obtaining a master’s degree, either through courses or research, are also unknown in Germany.

The New Zealand grading system also differs from the assessment of academic performance in Germany. 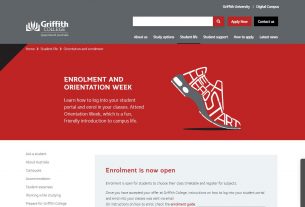 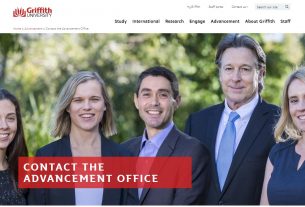 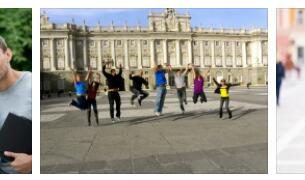