After I had decided to do a semester abroad, I made the decision relatively quickly to do so in Australia. I chose Griffith University on the Gold Coast because a warm climate was very important to me and the description of the university sounded very appealing.

MicroEDU was a great help in the application process, as my questions were always answered competently, quickly and in a friendly manner, and as the investigator between me and the university, they knew exactly how things were going.

The first positive experience I had after my arrival was the university pick-up service (very reliable and nice).

I had already booked the hostel from Germany, where I was inspired by other experience reports and stayed at Trekkers Backpackers, which was perfectly fine and was also booked by other Griffith students, so that contacts were made quickly.

I only looked for a place to stay on site and I would advise everyone to do so (if you decide NOT to live in a student dormitory, which I have not regretted in any way – very expensive !!), as there are sometimes terrible apartments on offer that sounded great before.

I would also recommend asking around privately about apartments in addition to the university’s accommodation offers (notice board). Especially if you want to live near the beach.

The university itself is in Southport, a rather sleepy district, which is why I decided to live in Surfers Paradise. The apartment was right by the sea (International Beach Resort), which was just great because my roommates (whom I met in the hostel) and I only had to go to university 3-4 days a week.
In retrospect, however, I would not recommend moving to Surfers Paradise unless you want to party and tourism around the clock;) Mermaid Beach or Broad Beach are nicer.

The university organized an introductory week that was basically the same as in Germany. Rallies, meeting people, barbeque, parties. I would definitely book the weekend in Byron Bay for the international students, because you can do great things and get to know a lot of people.
I had already chosen the course in Germany, so that not much had to be arranged on site.
I took 3 courses (the minimum number for the visa), which was enough. The lectures and tutorials themselves didn’t take up much time – but unlike in Germany, I not only had an exam at the end of the semester, but also had to write essays, do role plays, conduct surveys, give presentations and write exams. So it was already very extensive, but not particularly difficult.

So if you are not only going abroad to study, but also to enjoy life in a different way, I advise everyone not to take more than 3 courses, although of course the subject always depends.

The professors and tutors, as well as the campus itself, were really great. We were always happy to help with questions, and consideration was given above all to international students.

The only downside were the high tuition fees and the cost of printing teaching materials. However, this seems to be the norm in Australia.

During the semester I traveled as often as possible on the “extended weekends”: Melbourne, Sydney, Byron Bay etc. And during the Easter break I toured New Zealand for two weeks, which in my opinion is an absolute must when you are so close it’s your turn, and it was totally worth it, given the wonderful landscape and the people who live there. Australians are very nice, but New Zealanders can’t be topped;)

After my studies, I traveled up the east coast with my roommate for 4 weeks in a campervan, which was really the best part of the whole stay abroad.
Of course, we took the standard program (Fraser Island, Whitsunday Islands, Great Barrier Reef) with us, but also often stopped in less busy places, which would not have been possible by plane. In addition, it brings a real backpacker feeling when you sleep in the campervan and financially it was also the best option for us.

Homesickness almost never came up, only in some situations you became very aware of what you have in Germany. However, this experience was very positive because I now appreciate my friends, family, etc. much more than before.
I would recommend everyone to do such a semester abroad and take the risk, even if you are afraid. I also had concerns before I flew, but once you have arrived and met the first people, they disappear very quickly;).

Personally, I have developed a lot through this life experience and it made me stronger for the things that in my life will still come to me;).

So I don’t regret it in any way and hope I can do another semester abroad during my Masters.

If you have any questions, feel free to contact me. 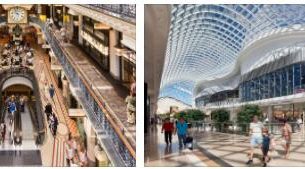 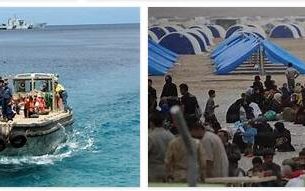 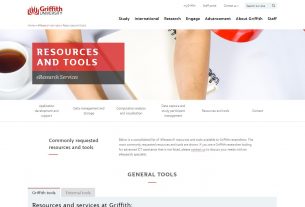