An eagerness for renewal that coincides with a gradual turning point on some basic themes (role of the writer, choices of style and content, relationship with society) invests Spanish literature at the beginning of the Sixties. In particular, there is a widespread weariness for what was simplistic and improperly “objective” in the old module of “social realism” as expressed by the literature of the previous decade, while a need for refinement of linguistic research and compositional techniques, in prose and poetry. These moods are at the center of a broad cultural debate. For some crises of realism it means above all revenge of the irrational components, new individualism, and even “disengagement”; For others, perhaps the most numerous, it is not a question of questioning the ideological presuppositions of “committed art” (which, indeed, remains in some way a point of reference in the situation of persisting fascist dictatorship) but rather of modifying its tools and forms, recovering them at a level of greater complexity and with more subtle filters. There is no lack of analogies with what happened in the same years in other literatures. It should not be forgotten that at the end of the 1950s, in Europe, we are witnessing a crisis of the ethical and political demands that prevailed in the culture of the first post-war period: the Spain is inserted, within certain limits, into a general conversion of taste towards intimistic tones.

The problem of the rejuvenation of forms and labels arises with particular complexity in poetry. More than an inversion of tendency in an ideological sense, we can speak of the beginning of a process of revision that involves the specific literary; and the links with the past are always traceable beyond the declarations of principle. It is enough to compare two famous anthologies edited by JM Castellet: one from 1960, Veinte años de poesía española, which can still bring together prestigious names of the 1927 generation, such as R. Alberti, V. Aleixandre, P. Salinas, J. Guillén, G. Diego, D. Alonso and names of other poets, such as D. Ridruejo, Vivanco, L. Rosales, Nieto, G. Celaya, B. de Otero until then very young JA Goytisolo, JE Pacheco, JA Valente, C. Barral and so on, tracing a line of continuity (albeit with the necessary distinctions between the groups) ‘sign of a common instance of realism and social participation: the other from 1970, with almost unpublished names, the Nueve novísimos precisely, which with their experimentalism represent the moment of the antitraditional and antirealist break. Now, if it is difficult to attribute to the first collection a true uniformity of addresses (nor is that trend certainly to guarantee it histórico realism mentioned in the introduction, which remains, after all, a stimulating message from the editor of the anthology rather than an objective critical acquisition), the more difficult it is to guess in the second, ten years later, a unitary nucleus and compact for originality. The “novissimi” rather offer us a collage of different experiments, in which innovative attempts are always mixed with surrealist or generically symbolist suggestions and these refer us to more remote avant-gardes. They are skilful and dense texts, which recover hints of “popularism” and social criticism (therefore of “commitment”) also through the insistent, ironic or tragic reference to the mass media and to everyday life, with nods to structuralism and semiology; but their skill, sometimes even pungent and refined, is mostly the result of a cold intellectual operation, which is linked, with some exteriority and ambition of sign, to more famous twentieth-century schools, especially Anglo-Saxon. In the criticisms of “committed” realism, the more prudent are the “elders” of the group, then called the seniors (among whom M. Vázquez Montalbán stands out for his maturity and ideological awareness), the very young ones, such as F. de Asúa, are more radical and upset. LM Panero, P. Gimferrer, the so-called poets of the coqueluche. A new anthology, with the significant title Poetas españoles poscontemporáneos, curated by J. Batlló in 1974, offers a broader and more nourished panorama of the latest generation, which only confirms all the qualities, impurities and anxieties mentioned above. It must be said that the older masters who are still active in the meantime are publishing collections of their works or moments of their production, which in more than one case deserve the attention of young authors as they propose themselves to them as an invitation to reflect also on linguistic choices plan; see, among the many examples, that of J. Guillén (Y otros poemas, 1973), of G. Diego (Poesía de creación, 1974), of V. Aleixandre (with a novelty, also: Diálogos del conocimiento, 1974), by G. Celaya (Poetic itinerary, 1975).

More authentic, perhaps, are the changes found among the narrators. Here the discourse concerns directly and in the first place the contents, and therefore the intolerance towards the social novel of the López Salinas, the Ferres, the Hortelano, which flourished in the late 1950s, finds more solid theoretical coverings in the refutation that is being made in Europe, in general, the most forbidden schemes of the so-called “socialist realism”. The appearance, in 1962, of a novel like Tiempo de silencio by the psychiatrist L. Martín Santos, who died prematurely, acquires the significance of a turning point precisely in this sense: written by a non-literate social worker by profession, this book seems to demonstrate that a different type of realism and “commitment” is possible, which starts from a subjective and analytical narrative of the world, without concessions to the rhetoric of denunciation and the demagogy of the working class setting and rather open to irony and psychological probing. “Critical realism” is defined, in fact, in controversy with the “social” one, the movement that in the same years brought together some of the most renowned narrators: it is not just about new names, as is the case of M. Santos or, in part, by J. Benet, but by writers already practiced in the other school, such as J. Goytisolo, A. Recuento by L. Goytisolo, 1973). And it is symptomatic that not far from these premises are also older narrators, masters who had based their prestige on works of the forties and fifties, such as CJ Cela and M. Delibes, who now confirm their availability for irony, all ‘psychological investigation, to stylization, while remaining outside labels and particular schools: we can mention, for the first, San Camilo and for the second Parábola of the castaway, both from 1969, worthy of the attention of young people also for their linguistic experimentalism. On the other hand, there is no lack of evidence of this in works of the latest generation, especially in groups and movements that express the most radical points of the polemic against realism. A relevant example is that of the so-called “metaphysical novel” or “cognitive”, of which some indication is given in an essay by M. García-Viñó from 1967. Intellectualism, extreme subjectivism, religious and surreal latencies characterize the work of these narrators, the closest to the theme of “disengagement” precisely as supporters of an alleged centrality of man with respect to social and economic values ​​(antirealism which, they say, would lead to a sort of “total realism”). TO. La noche and La revuelta by Bosch, Tres pisadas de hombre by Prieto, Las llaves del infierno by Rojas some of the most memorable novels.

According to EQUZHOU.NET, analogous anti-traditional ferments affect the theater from 1960 to today. It still dominates, in large part, the great authors of the middle generation, A. Buero Vallejo and A. Sastre (to the latter, persecuted by the regime, imprisoned and finally expatriated, we owe, among other things, one of the novels more singular of the new experimentalism, Las noches lugubres, of 1964); but there are also some new names, often, as in the case of F. Arrabal, under the sign of a marked avant-gardism. Anti-academic groups, in open controversy with the official theater, often opposed by censorship, operate under the independent theater labelalso trying to build a new relationship with the public. Among the provincial companies most involved in the forms of “animation” theater, we should mention that of the Lebrijanos.

Finally, a function of marked responsibility, cultural and political, is exercised by non-fiction and militant criticism, which has followed and evaluated the characteristics of these changes step by step. The copious flowering of new magazines is the most eloquent proof of this: in 1963 the Revista de Occidente (2nd series) is resurrected, in 1964 the Cuadernos para el diálogo are born, in 1965 Ruedo Ibérico ; the history of Spanish culture in recent years, in its most critical and disturbing aspects, is made through the debates, the essays with a pro-European approach, the summaries that appear on these periodicals; and these are just some of the more qualified examples. The phenomenon coincides, moreover, with the general increase in publishing activities in every sense: mass media culture, diffusion of libros de bolsillo, increased translation and commentary activities on foreign works. The perspective of intellectual commitment also changes, because, in the eyes of the literati themselves, the idea that it can delegate itself to a limited elite of writers, as a pilot force, the implementation of the cultural renewal of the country: all the more so when this elite it is assimilated, in part, as in every other Western country, to the same consumer and technological culture whose values ​​it rejects on paper. Therefore, attention must also be paid to phenomena other than literature in the proper sense, such as the written work of trade unionists, economists and political essays (see the studies on the political-economic current affairs of Spain, for example, by M.. Tuñón de Lara, by R. Tamames), which renew the codes of “committed” culture and form the new language of information and social communication. A whole background of political analyzes, investigations into the history of culture, critical solicitations of the activity of the opposition, and so on, flourishes around the institutional upheavals that are preparing, slowly but irreversibly, in the country, especially after the death of the dictator (1975) and with the amnesty granted for political crimes, which includes not a few intellectuals (1976). The new relationship between intellectual and political power, in fact, against the background of the current complex situation, was the focus of a conference of Spanish and Italian writers and trade unionists held in Rome in May 1976; while an emblematic and protest value had, in Spain, the “popular homage” to F. García Lorca. 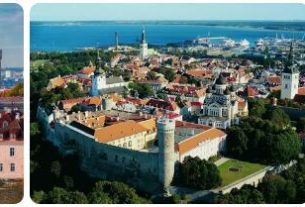 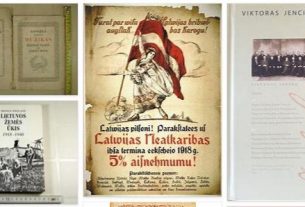