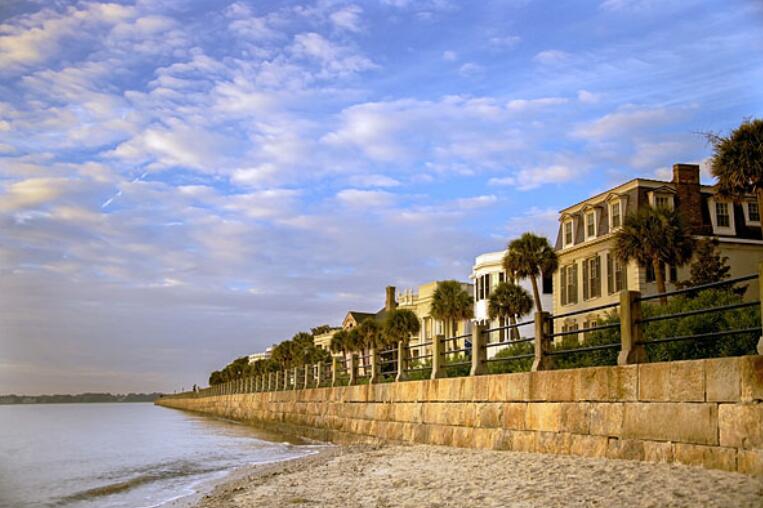 According to abbreviationfinder, South Carolina is located in the eastern United States, between North Carolina (north), Georgia (south), and the Atlantic Ocean (west). The state is divided into three regions, namely Waterfalls & Whitewater, Lakes & Blackwater Rivers, and Islands & Coast.

The Palmetto State has a humid, sub-tropical climate, with short, mild winters and warm summers. The temperatures depend strongly on the altitude and the proximity to the ocean, but on average it is about 14 degrees Celsius in winter and around 30 degrees in summer. The mountains are the wettest; about 130 cm of rain falls per year. The rest of the state joins with about 110 cm. South Carolina is very sensitive to air currents from the ocean area and Canada. Tornadoes and hurricanes are not uncommon here. Spring and fall are great times to travel to South Carolina. In the summer, a lot of heat remains due to thermal activity, which causes the perceived temperature to rise considerably.

The dwarf palm, the state tree of South Carolina, is a common tree, alongside trees such as the balsam fir, beech, American birch, cypress, American pine and various types of maple, ash, hickory and oak. The coast has a variety of landscapes, with swamp, prairie, savanna and dunes, with all the plant species that go with it. It is also striking that the imported azalea and camellia are frequently planted in public and private gardens. Mammals commonly found in the state include the white-tailed deer, black bear, oppossum, rabbit and swamp rabbit, Bachman’s shrew, and red and gray foxes. Mostly mockingbirds and wrens, the state birds, fly in the air.

According to countryaah, Columbia is the capital of South Carolina. In addition, Charleston (PHOTO ABOVE), Greenville, Myrtle Beach and Sumter are also important cities.

Columbia itself is not very big, but has a fairly large and fast-growing urban area around it. The city is located on the Broad and Congaree Rivers, which meet at the center. Furthermore, Lake Murray is close by. The agglomeration measures about 25 kilometers from east to west and north to south. Surrounding the city are subtropical rainforests and swamps. The city has a reasonable business center and the area is an important haven for wealthy retirees moving here from other parts of the United States. Despite this, Columbia is growing more slowly than the major cities in the neighboring states of North Carolina, Georgia, and Florida.

The urban area quite often suffers from an inversion layer that allows all emissions to accumulate under the inversion layer for days, so that the air quality deteriorates. Summers are hot and extremely humid. Near the city is Fort Jackson, a major training base of the US Army.

Columbia has a well-developed highway network, where 3 main routes of Interstate Highways intersect. Interstate 20 comes from the west, from Atlanta and Augusta, and runs to Florence, while Interstate 26 connects the other three major metropolitan areas to the capital. Interstate 77 begins in the city and runs to the large city of Charlotte to the north. In addition, there are two more short highways, Interstate 126 that opens the west side of downtown, and SR-277 which opens up the east side of the center. The I-20, I-26 and I-77 together form an imaginary ring road around the city, although it does not necessarily function as such.

Columbia is somewhat traffic-sensitive. Much of the through traffic in the state converges around the city and the interchanges are outdated, especially the interchange between I-20 and I-26 is chronically congested. The highways to and from Columbia are also being widened.

The urban area is growing rapidly, putting pressure on the road network, but traffic is somewhat offset by the fact that many retirees move here, rather than drive to work during rush hour.

Although the state does not have a National Park, there is still a fair amount of natural entertainment to be found on the coast and in the mountains. View after view rolls by along the Cherokee Foothills Scenic Highway, with stops like Caesar’s Head State Park and the pitiful Campbell’s Covered Bridge (dated 1909).

Both Carolinas strongly opposed the abolition of slavery because of their large share of cotton production in the antebellum and as a result suffered much damage from the Civil War. Throughout South Carolina there are several landmarks that remind you of the good and bad old days. For example, there is the atmospheric Boone Hall Plantation, a cotton plantation with an accompanying breathtaking mansion, where various films and series such as North & South were filmed. Or the first American submarine, the HL Hunley in North Charleston, which set sail as early as 1864. South Carolina’s oldest cemetery is also located in Charleston; Magnolia Cemetery is the final resting place of many Confederate soldiers and their leaders.

This beautiful, old coastal town enchants anyone who has romantic ideas about ‘the Old South’. With beautiful beaches, lots of antebellum architecture and especially lots of Spanish moss on the trees, this is a must-see. 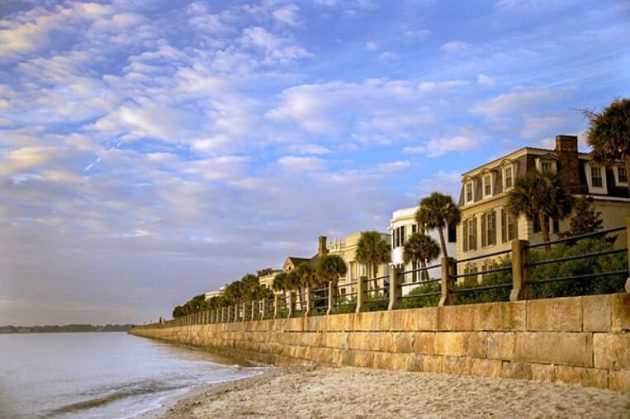 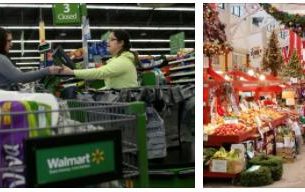 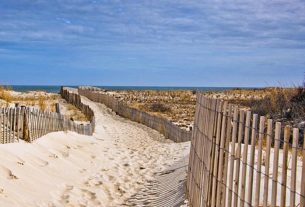