The oldest and most organized film industry on the continent already produced two masterpieces of the silent era between 1916 and 1918, De Voortrekkers (“Conquering a continent”), directed by H. Show, and A symbole of sacrifice, both on the Boer epic. Well equipped industrially in the production centers of Johannesburg and Cape Town, the national cinematography produces no more than twenty films a year, comedies, musicals or dramas about the city / countryside conflict (and between Anglo-Saxons and Boers) half in English language and half in Afrikaans, usually bad imitations of Hollywood models. But we must not forget, from 1974 onwards, a small percentage of works specifically aimed at native or Indian audiences, often made by black filmmakers, such as S. Sabela who in 1974 signed the first work in the Zulu language, Nogomopho. Also of extreme importance was the work of the English documentary maker J. Grierson, called from Pretoria after 1948 to set up a public cinema office (modeled on the Canadian National Film Board) and who greatly increased the professionalism and aesthetic level of official operators and documentary makers (E. Nofal, B. Mailer, J. Brennan, etc.) and militants. The two most important South African filmmakers, forced into exile by the racist Pretoria regime sanctioned in 1948, are N. Mahomo and L. N’gakane. Mahomo, a militant of the PAC (Pan-Africanist Congress), made the anti- apartheid feature film Phela Ndaba (“The End of Dialogue”, 1970) to explain the reasons that force the black, Indian and half-caste people of the country to the armed struggle. 1975 is the Last grave in Dimbaza, also shot clandestinely in the country, which explains the notorious Vorster laws on forced residence and the support of Western countries and multinationals for the racist regime. The title refers to the cemetery in the Soweto ghetto, Dimbaza, where graves are excavated in advance because probable infant deaths are predicted week after week with mind-boggling statistical accuracy. N’gakane, born in Pretoria in 1928 and militant of the ANC (African National Congress), has lived in London since the mid-1960s and returned to S. only after Mandela’s electoral victory in 1994. After an apprenticeship with Z. Korda filmed in 1964 Vukani Awake (“Stand”), the first pamphlet anti- apartheid. In 1965 is Jemina and Johnny, on the racial relations between children in a London neighborhood. 1975 is Once upon a time, shot in Liberia and the Ivory Coast; and from 1985 is Nelson Mandela, a biography of the ANC leader imprisoned for over 25 years. European and American filmmakers also participate in the anti-racist battle. Among the historical anti-Pretoria films, Come back Africa (1959), by the American progressive documentary maker L. Rogosin, and Magic garden (1961), by D. Swanson. In the late 1980s, a strong internal movement of independent South African anti- apartheid filmmakers developed, both in the field of fiction both in that of the documentary, both white and black, capable of managing the same industrial structures and accessing public funding. Among the most radical filmmakers we remember J. Mthoba (of the collective Centro del cinema direct), D. Roodt, P. Davies, H. Cassirer, D. Bensusan, S. Moni, E. Procter, K. Harrs, O. Schmitz; while in the field of industrial cinema the most original personalities are the playwright J. Uys, the television author M. Van Rensburg and J. Rautenbach. For South Africa 2018, please check ethnicityology.com.

With the dismantling of apartheid laws, the return of the best filmmakers to their homeland (in addition to N’gakane, also R. Devenish, C. Austin, P. Chappel, M. Kaplan, etc.) and the electoral victory of N. Mandela, South African cinema is experiencing in the latter a difficult process of transition and democratic reorganization directed by the body of filmmakers and entertainment workers grouped in the FAWA (Film and Allied Workers Association) and by a specific interim structure, the Film Board, in charge of financing and aid to independent producers and filmmakers. But censorship is still relentless if, in 1992, 82 films were banned from the country. 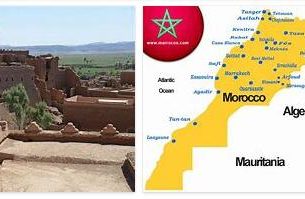