The University of Essex is a typical campus university, ie there is a central main campus, which is nestled in the middle of green nature on the edge of Colchester. You can think of the whole thing as an independent small town with bars (including billiards), restaurants, a small 24-hour shop with the most important groceries (and lots of sweets), a bookstore, a post office, a hairdresser and your own club (“Sub Zero”), which has a capacity of several hundred people. Essex is characterized by the extremely international atmosphere among both the student and the faculty; so none of my three lecturers were British.

One of the newest buildings is Essex Business School, which is just a 3-minute walk from my accommodation. The business school is an eye-catcher alone because of its impressive architecture, which is more reminiscent of a tropical botanical garden due to its wooden construction, the variety of plants in the inner courtyard and its fresh climate. At the other end of the campus is a small lake with barbecue areas and ducks living in the wild, some of which can also be found in the midst of students.

Although not all buildings are brand new, of course, and many buildings still remind us of the time the university was founded in the 1960s, I still have the feeling that the university is doing well to very well financially (e.g. Campus Security Patrol’s own cars and lots of staff who keep everything in shape), as will be seen at the sports facilities in the Leisure section of this report.

Colchester itself is a very historic city with a very active nightlife. The only point of criticism for me is the location of the campus outside the actual city of Colchester (at least 15 minutes’ walk from the nearest large supermarket, namely Tesco). That was certainly one of the reasons why most of the students flew home at the beginning of the four-week Easter break and the campus was therefore almost deserted. A more favorable connection to the London airports would also be desirable.

I spent the Spring Term and the Summer Term in Essex. The Spring Term has 10 weeks of lectures, while the Summer Term consisted of only one revision class (exam preparation) and final exams per subject. I took two courses at the Business School and one course at the Economics Department – each with 10 ECTS. Compared to Germany, the courses have much fewer hours of attendance, but are very theory and research-oriented.

Lecturers always have an open ear for questions and regularly point out their office hours, which at two to three hours per week are significantly longer than those of German lecturers. An example of the very good equipment of the business school is the Bloomberg Financial Market Lab, a computer pool with professional financial market information software, where students can create an account for free and use the software freely. In addition, you get great support from the university (e.g. group or even 1: 1 sessions on special questions about math tuition). The Employability and Careers Center is also very committed and discussed many details about the CV and cover letter with me in several meetings.

The university also strives to hear the opinions of its students and to benefit from student support. So there was z. B. a survey on the application process and participation in a test version of a self-developed English placement test. The university provides incentives for this by giving back part of its income in the form of vouchers to its students for participating in such activities (in my case e.g. 10 pounds for Tesco and 50 pounds for Amazon vouchers).

It is advisable to check emails from your Uni-Mail account every day, as all information from study support to technical maintenance of the student rooms is sent via this.

When it comes to the recommended literature, there is, on the one hand, a well- equipped library in the field of economics (business administration and economics), which, in addition to a variety of specialist books, shines with a wide range of internationally renowned specialist journals (in electronic and printed form). On the other hand, you don’t necessarily need the recommended literature from the library, as the lecture and exercise documents are usually very detailed and relevant articles are often made available to the students on the online platform. Please note that the loan period for books is only one or a maximum of two weeks.

For a change in leisure time, the Students’ Union offers a wide range of societies that span a wide variety of areas of interest and in which many students contribute with passion. There is also a well- equipped, large fitness studio. At moderate prices (which I can highly recommend, great opening times seven days a week from 7 or 8 a.m. to 10 p.m., depending on the day of the week), squash rooms, own tennis courts, hockey fields, multi-purpose rooms with a wide range of courses, table tennis, Badminton and lawns to the extent of over 20 soccer fields, on which soccer, rugby, cricket and much more are played. There are also around 40 different sports clubs that you can join for free in order to practice a certain sport together.

Special highlights were the Derby Day (competition in all sports between the University of Essex and another English university), the Eurovision Song Contest Party in the SU Bar, the unofficial semester end party on campus, the official Summer Ball as the end of the semester on a colorful festival area with carousels and the broadcast of the European Football Championship in the SU Bar.

With the flat share we had taken trips to Ipswich for the second division football game between Ipswich Town FC and Milton Keynes Dons and to Clacton-on-Sea (half an hour from Colchester on the North Sea coast with a beach and a long, beautiful pier).

Because of the life on campus and many events I was “somehow” very tied to the university and I felt at home, which I haven’t noticed so clearly at other universities that I have attended so far!

I lived in a shared flat with six people in the houses in the north of the campus, each with their own small bathroom and everyone using a communal kitchen. Two of my roommates came from France and one each from Holland, Sweden and England.

Once a week, an always friendly and helpful cleaner came by and cleaned our kitchen and vacuumed the hallway, which, however, was extremely exploited by my roommates, because they didn’t clean anything even after cooking every day, so the kitchen often looked like a pigsty (However, this cannot be generalized, because in other apartments a lot of emphasis was placed on cleanliness!). Meanwhile, I preferred to go to the canteen for dinner. Despite the kitchen problem, I had a very good relationship with my flatmates and the first reunion is already planned.

In general, the average price level (rent, groceries) in England is, in my opinion, at least twice as high as in Germany. For example, a normal lunch in the canteen cost the equivalent of between six and seven euros and the rents are also very high, which is not only the case in Essex, but everywhere in England (including supermarkets).

According to IAMACCEPTED, two of the few things that are cheaper than in Germany are hairdressers (men’s dry cut nine pounds) and taxi rides (a quick and cheap alternative to the bus with three to four passengers).

On the current occasion, it should be emphasized that the so-called Brexit vote in the UK has resulted in a more favorable exchange rate of the British pound in favor of the euro, which can currently benefit students who are interested in studying in the UK (e.g. B. now has to pay much less for the same tuition fee than before Brexit).

I am very happy that shortly before I finished my studies I took the opportunity to spend my semester abroad at a great university in my dream country. MicroEDU was very helpful to me and was always available as a contact person. Without the mediation of CC, the organization would have been many times more complex and cumbersome – and thus possibly “deterrent”.

The University of Essex is highly recommended in terms of internationality and study conditions, if you are not necessarily looking for the hustle and bustle of a big city! 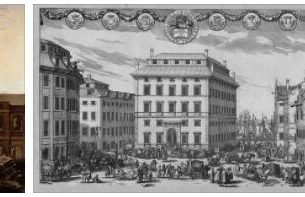 Sweden Literature from the 19th to the 21st Century 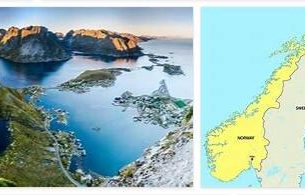 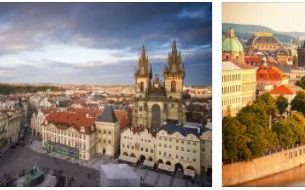