I was at the University of Essex for a winter semester. The people there were very nice and open. I particularly liked the internationality, you get to know people from all over the world. There was a lot of new things to experience and through a few trips I was able to visit many sights (such as Stonehenge, Oxford, Cambridge…). The whole thing was expensive, of course, but a lot was worth it for the money. Overall, I enjoyed the semester abroad, especially the people and campus life. However, I’m not sure I would choose the University of Essex again. And that is solely because the semester for the study abroad students was not exactly well organized in terms of workload (more on this below)…

I lived in the houses, which turned out to be good. What doesn’t quite come out in the description of the University of Essex is that the University Quays are a long way off campus. Otherwise all accommodations are directly on campus. The towers are sometimes very loud and busy, but the atmosphere is usually great and the kitchen is suitable for parties. The South Courts have nice rooms, but they are a bit more expensive. In my houses it was quite quiet and the room was fine. The only thing that really bothered me was the doors. They fell by themselves, but how! There is no comparison when the door is slammed next to you at home. At some point you get used to it to a certain extent, but I woke up very often (especially because my room and bed were directly on the outside door, which was the loudest).

It’s really great to experience campus life like this ! Three minutes to the Squares, where a campus shop (which is very expensive, but almost always open), restaurants (which are so-so), discos and most of the lecture rooms are. Ten minutes to the gym, which offers a lot of sports opportunities. There is a Passport to Sport, which is actually valid for the whole year, but you can also use the gym for a month (for around 20 pounds). There are fitness classes like Zumba and the use of the squash, badminton and tennis courts, for example. Racket rental is included. The gym itself has a well-equipped gym. So if you want to be a little active, you are in good hands there! There are also many sports clubs and societies that cost something, but these are student prices. I went to the tennis club which was really nice. Of course, it wasn’t the best tennis time (courts are outside!), So training and games were often canceled. After all, I was able to play in the team three times.

The nightlife on campus is not neglected. There is at least one party almost every day (four to twelve pounds were the entrance fees). There is also often something going on in the Student’s Union Bar. There is great music, there is no entry fee and there are good drinks. Only when it’s karaoke night, the bar might not be recommended…

According to EHUACOM, the first week (Fresher’s Week) is to get to know the University of Essex and there are really many great promotions, you settle in quickly. If you have any questions, someone always knows what to do, everyone is very friendly and open.

You have to take care of the choice of course yourself. It’s great that you can choose from all the courses on offer. I had to choose courses that were similar to those at my home university and everything worked out. You have to see for yourself that the courses do not overlap. There is an appointment in Fresher’s Week in which courses can be swapped and information on the individual subjects can be obtained. So swapping is not a problem!

I had courses from three different departments (Sociology, Business School, and Economics), which wasn’t exactly beneficial as it made it a bit confusing. But the professors were pretty good (except for one that was badly organized) and I really liked the content. The system is very different from what I was used to, everything very research-heavy. Most of the professionals work in researchand well-known authors. As a result, the content was more theoretical, with numerous case studies etc. also showing the connection to practice. We had to write an essay for every subject (except economics, where it was voluntary). I had no problem with that, and I learned a lot through research. Reading and writing in English was definitely not neglected either. You only have very few (approx. Two) hours per subject per week. Otherwise there is enough work for that, we had to read a lot and then just write the essays.

So, now comes the big criticism. The students who are doing their bachelor’s degree there as normal had a lot to do. But the study abroad students, who first get used to the system, have to do everything in English at once and actually don’t want to sit in front of the desk all the time, had a lot more work (usually the exams are all written in the summer, we had them before Christmas). First of all, the University of Essex was very, very poorly organized when it came to study abroad students, especially with regard to the exams and essays. Everyone said something different and nobody knew. I have often heard from those in charge and professionals that they were sorry for us and that it was not okay that we had so much work, but somehow nobody could do anything about it. As a result, I had to hand in three essays and four exams within 8 days, which covered all of the material for the semester. That was at the end of the semester (last week: Tue, Wed, Thu one evening each). On Friday the semester was over and on Saturday at 10:00 we had to vacate the rooms (although shortly before it turned out that this is not so precise). So much to enjoy the last week of the semester abroad… All you really wanted was that it was finally over and that you had the essays and exams behind you. That was a real shame and there was a lot of frustration among the study abroad students. We just didn’t see the point of having so much work. That didn’t do anybody any good. Apparently this is handled a bit differently every year with the study abroad students, so I hope that things will be different in the next few years. It will probably always be a lot of work, but if you then just sit in front of your desk (and thus, for example, also miss out on speaking English), I don’t think that’s the point. 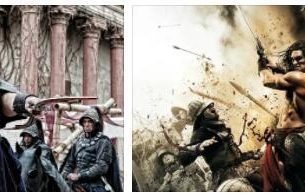 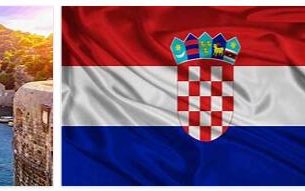