The gross domestic product of Ohio was 419,000 million dollars in 2003. The state’s per capita income, meanwhile, was $ 30,129, the 25th highest in the country. The unemployment rate in Ohio stands at 6.1%. The primary sector corresponds to 1% of Ohio’s GDP. The state owns about 80,000 farms, which occupy about half of its area. Agriculture comprises 0.95% of GDP, and employs approximately 160,000 people. Central Corn Belt, Ohio is one of the largest national corn producers. The state is also one of the national leaders in the production of soybeans, wheat and straw. Other important agricultural products are milk and beef, chicken eggs and tomatoes. Fishing and forestry are responsible for about 0.95% of GDP, employing about 2,000 people. The secondary sector corresponds to 29% of Ohio’s GDP.

Manufacturing – the state’s largest source of income – accounts for 25% of the state’s GDP and employs approximately 1,130,000 people. The total value of products manufactured in the state is $ 120 billion — behind only California and Texas. The main industrialized products manufactured in Ohio are transportation equipment, industrial machinery, chemical products, steel, industrialized food, plastic products and rubber in general, furniture and appliances, glass and printed material. Ohio is the second largest national steel producer, behind only Indiana. The construction industry comprises 3.8% of the state’s GDP, employing approximately 347,000 people. For its part, mining is responsible for 0.2% of Ohio’s GDP, employing about 22,000 people.

The tertiary sector comprises 70% of Ohio’s GDP. About 18% of the state’s GDP comes from community and personal services. This sector employs more than 1,950,000 people. Wholesale and retail trade accounts for 17% of GDP, and employs approximately 1,520,000 people. Financial and real estate services correspond to about 16% of the state’s GDP, employing approximately 475,000 people (the main financial center of the state is Cleveland, other important financial centers are Cincinnati, Columbus and Toledo). Government services correspond to 11% of GDP, employing approximately 800,000 people. Finally, transport and telecommunications employ 290,000 people and comprise 8% of GDP. Coal-fired thermoelectric plants produce about 85% of the electricity generated in the state, while the rest is generated in nuclear power plants.

Ohio’s first school was founded in 1773 by a missionary, with the goal of converting Native American children to the Catholic religion and imposing “Western” ideals and customs on them. In 1825, the state government authorized the founding of a public education system composed only of elementary schools, going on to provide budgets for the maintenance of secondary schools (high schools) from 1853. During In the 1960s, various school districts closed several of their schools due to a lack of budget. See topschoolsintheusa for high school codes in Ohio.

Currently, all Ohio educational institutions must follow certain rules and patterns dictated by the Ohio State Board of Education. This council directly controls the state’s public school system, which is divided into several school districts. The council is made up of four members elected by the Legislature and 8 members elected by the governor, for a term of office of up to four years. Each main city (city), several secondary cities (towns) and each county, consists of at least one school district.

In Ohio, a given school district often operates in several cities at the same time, even if it is centered in another given city. In cities, the responsibility for managing schools rests with the municipal school district, while in less densely populated regions, this responsibility is borne by the school districts operating in the county. Ohio allows for “charter schools” – independent public schools, which are not run by school districts, but depend on public budgets for their support. Schooling is compulsory for all children and adolescents over six years of age, until the conclusion of secondary education or up to sixteen years of age.

Numerous inventors and pioneers are native to Ohio. They stand out from them: 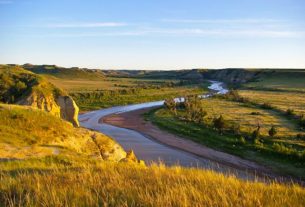 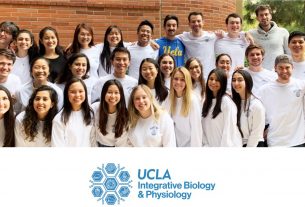