According to Eningbo, Niger has a semi-arid (in the south) to fully arid climate with a rainy season: in the south from May to October, in the center from July to October. In winter, the country is completely under the influence of dry continental air masses from the northeast to the east ( northeast trade winds ), only in summer humid air masses come from the south. The annual total of precipitation therefore decreases continuously from about 600 mm in the south; Agadès gets about 160 mm, Bilma (Oasis in eastern central Niger) 20 mm per year on a long-term average; the main precipitation falls in August (30–50% of total precipitation). The mean temperature maximums reach 40–42 ° C in April / May (maximum values ​​up to 47 ° C), in October 37–39 ° C; in the rainy season the temperature only rises to around 32 ° C. The mean temperature minima in the south are 22-23 ° C in summer, 15 ° C in winter (January) (absolute minimum 8 ° C), in the north they drop to 10 ° C (Agadès) and 7 ° C (Bilma) The absolute minima are even 4 ° C or below 0 ° C.

The dry savannah in the south turns north into thorn bush savannah and soon into semi-desert. In the north there are large areas of sand and stone desert. As a result of the persistent drought in the Sahel from 1969–74, the water table has sunk, the vegetation has died, some of it has been destroyed by animals and people; the space that can only be used by nomads has expanded about 50 km to the south; Lake Chad is threatened with drying out. In 2010–14, however, the harvests were destroyed by catastrophic floods after sudden heavy rain.

The west of today’s Niger belonged to the Songhai Empire until 1590, the east to the area of ​​the house states ( Hausa ). The territory between Niger, Lake Chad and Aïr was not explored until the second half of the 19th century.

1897-99 France conquered the area (final determination of the borders in 1906), the complete submission, v. a. of the Tuareg and Tubu, who belonged to the Senussi brotherhood, but dragged on until 1916. In 1910 France organized the area as military territory within French West Africa. In 1922 it became a colony. In 1957 Niger received partial autonomy; the chiefs took over the leadership on a democratic basis.

On December 18, 1958, the Republic of Niger was formed within the French Community, and on August 3, 1960, Niger gained independence; President H. Diori, who pursued a pro-Western foreign policy closely based on France. The strongly conservative government of Niger was overthrown in April 1974 by a military coup; however, the new head of state Colonel S. Kountché continued the close cooperation with the former colonial power France and the EC. He strove for a grassroots development policy. After his death in November 1987, Colonel Ali Saibou (* 1940) took over the office of president. As the political basis of his rule, he founded the unity party Mouvement National pour la Société de Développement (MNSD) in 1989. In 1990 government forces massacred the Tuareg. Despite various ceasefire agreements and peace agreements, the conflict between the government and the insurgent Tuareg remained virulent.

After protest movements and strikes against the military regime, the National Conference was formed in July 1991, which completely transformed the political system. In a referendum (December 1992), the population adopted a constitution that introduced a multiparty system with democratically elected officials. The parliamentary and presidential elections of February / March 1993 concluded the democratization process; The opposition politician Mahamane Ousmane (* 1950; took office: April 1993) became president.

Persistent economic problems and severe internal unrest, however, overshadowed the democratic new beginning. After a party alliance to which the former unity party MNSD belonged won early elections in January 1995, Ousmane was confronted with an opposing government under Prime Minister Hama Amadou (* 1950). As a result, the two political camps blocked each other; this led to a military coup in January 1996, during which the President and Prime Minister were arrested. The previous chief of staff, Ibrahim Barré Maïnassara (* 1949, † 1999) took over power, which suspended the constitution, dissolved parliament, banned political parties, installed a civilian transitional government and proposed a timetable for the country’s return to democracy. In a referendum in May 1996, the population finally adopted a new constitution, and the ban on political parties was lifted at the same time. In the controversial presidential elections in July 1996, Barré Maïnassara won, who after the parliamentary elections boycotted by the opposition (November 1996) declared the political transition phase to be over on December 17, 1996. However, the domestic political situation remained unstable. In April 1999, Barré Maïnassara was shot and killed in a military coup. The previous head of the Presidential Guard, Daouda Malam Wanke, was proclaimed president. A referendum-approved new constitution guaranteeing basic human and civil rights came into force in August 1999. M. Tandja (MNSD), who was re-elected in December 2004, won the presidential elections in November 1999.

Agadès, Agadez [-dεs], Agades, old trading town on the edge of the Sahara, on the eastern Trans-Saharan road south of the Aïr, Republic of Niger, (2012) 110,500 residents.

The old town with mosque and sultan’s palace in Sudanese clay building style was declared a World Heritage Site by UNESCO in 2013.

The Tuareg Sultanate of Agadès, which was established in the 15th century, belonged to the Songhaire Empire from around 1500 to 1600, after which it was again under the control of the Tuareg.

Zinder [zε dε ː r, French], capital of the department of the same name in the south of the Republic of Niger, on the eastern trans-Saharan road (2012) 235 600 residents.

Capital of the Muslim empire Damagaram since the 18th century, Zinder fell under French rule in 1899; until 1926 it was the administrative seat of the French colony of Niger.

Niamey is the center of transportation and trade in Niger. The city was founded as a French military post and has been the capital since 1926.

Known as the gateway to the desert, on the southernmost edge of the Sahara, the historic old town of Agadès emerged in the 15th and 16th centuries as an important crossroads for Saharan trade. Divided into eleven districts, there are numerous earth dwellings and magnificent palatial and religious buildings, including a 27 m high minaret. The entire old town offers an impressive testimony to North African clay architecture. 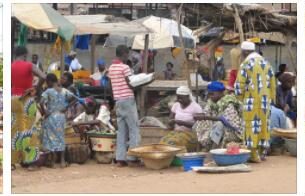 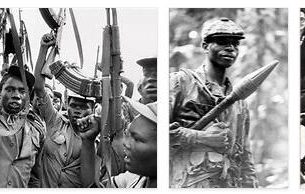 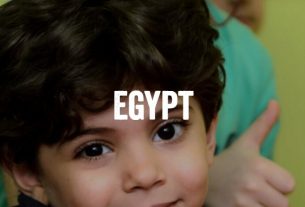