Mythology and cosmogony. – It is difficult to study the myths of ancient Mexico, both for their complexity and for the contradictions of the sources. It is an animism with strong magical and totemic influences that seems to have gone through different phases. In the pre-Toltec period there is an invasion of Olmec and Otomí myths with an astrolatric basis which, later, in the first Toltec period, are individualized with the appearance of Tlaloc, god of waters and of Huehueteotl, god of fire. Quetzalcoatl later appears, with Tetzcatlipoca and Huemác, the eponymous hero of the Toltecs.

The Mexican cosmogony is told to us by various chroniclers and historians of the Conquest. From the couple Omotecutli and Omocihuatl other gods were born, the last two of which were assigned the task of creating the world, the first human couple, the infernal gods and the aforementioned 13 heavens. These were followed by the gods of the waters, the great serpent Cipactli, who carried the Earth on his back in the midst of the waters. The giants then appear, the sun and the moon are created, the struggle between the gods begins and the 4 or 5 epochs or “suns” begin which, in various order, but fixed beginnings and durations of years, would be: 1 Atonatiuh (sun of water), the flood; 2. Tlachitonatiuh (earth sun), in which earthquakes and famines destroy men; 3. Ehehecatonatiuh (sun of air), in which hurricanes exterminate men who partly turn into apes; 4. Tletonatiuh (sun of fire), in which men change into birds; 5. the period during which present humanity exists and continues to exist.

Divinity. – As for the main divinities, in addition to the divine couple already mentioned, we have first of all Tetzcatlipoca (the shining mirror), the implacable providence; Tonatiuh, god of the sun, Meztli, goddess of the moon; Quetzalcoatl, god of the planet Venus and air; Xiuhtecutli, god of the year, fire, comets and vegetables; Centeotl, goddess of corn; Cihuacohuatl, goddess of the earth; Mictlantecuhtli with his wife Mictlancihuatl, an infernal couple; Huitzilopochtli, god of war, Tlaloc, mountain god of water.

There were also many minor deities, for hunting, for honest loves, the god of joy, the goddess of agave, the goddess of cradles, the goddess of feather mosaicists, the god of goldsmiths, the shameless Venus, etc. Every profession, dignity, action, all the forces of nature had a protective divinity. The division of the world according to the cardinal points existed among the Mexicans and corresponded to a division of society into clans, protected by totems and by gods who acted on the natural forces of the parts of space that were, beyond the four of the horizon, the high, the low and the middle or middle, that is seven, how many were the clans of Mexico, each with its own god.

Eschatology. – The Mexicans believed that after death a new existence began, varying according to the conduct kept in life and according to the kind of death. There were four residences in the afterlife: 1. a kind of limbo where, around a colossal tree, all the stillborn or dead newborn babies were sucking the milk flowing from the leaves; they did not grow and had to return to earth and repopulate it after the extinction of mankind. 2. The underworld (Mictlán), ruled by the infernal couple, who welcomed the dead of natural death not repulsive. These were forced to pass between mountains bristling with sharp blades, snowy hills and windy deserts, struck by darts or torn apart by a tiger that devoured their hearts, to be finally received by the god Mictlantecuhtli who had already been offered offerings of fires, perfumes. and clothes; all this was followed by total annihilation. 3. Lo Tlalocán, a place protected by Tlaloc, delightful and cool, to which the dead struck by lightning, the drowned, the dropsy, the gouty or suffering from tumors were destined, who blissfully flowed through existence. 4. The sky of the sun, a wonderful place where the dead entered in battle, the prisoners killed by the enemies, the victims sacrificed to the gods, the women who died in childbirth. The warriors after four years of stay returned to earth changed into hummingbirds; there was also a metempsychosis for beggars and the miserable, who changed, after death, into animals such as spiders, beetles, cockroaches.

Priesthood. – With so many divinities and long and complicated rites, it was natural that there was a very numerous priesthood; it depended on a kind of elective pontiff. Each divinity had its own priests and there was also a chief cantor and a director of the feasts of the religious calendar; below them were the tlamacazqui, acolytes, vicars, sacrificers, assistants, etc. All led a chaste life, including penances, sacrifices and fasting. Divination and hydromancy were in honor; the future was predicted with corn grains or by playing harmonic strings. There were also sorcerers, divided according to their attributions; heart-eaters, dancers with the dead, sleepers, etc. The priests wore black cloak and beret, for insignia they had a sack of copal and held a kind of scepter in their hands. The priesthood did not last a lifetime, but it could end.

There were also priestesses in a subordinate position, used for the cleaning of temples, for the custody of the sacred fire, for the service of priests, who lived in monasteries under deaconesses, reminiscent of the mamacuma of Peru; even for them the priesthood was not perpetual and they could marry before the age of twenty. The main office of the priesthood – after the religious one – was to educate and instruct the children of the nobles in the calmecac and other colleges.

Idols. – The idols of stone, terracotta, wood, gems, metals were scattered widely everywhere, coarse or fine, beautiful or ugly, terrifying, often grotesque, painted on canvas, paper, wood. The first temples were mounds of earth and stones, following true pyramids and shrines in one or more rooms (teopán, teocalli); in the city of Mexico alone there were two thousand of them at the time of the Conquest. Within the belt of the complex of sacred buildings of this city, there were, in addition to the temples, warehouses, houses of the priests, barracks, arsenals, colleges of education, nurseries, etc .; the dismal building called Tzompantli should still be remembered, where the heads of the sacrificed were laid. The Conqueror Anonymous (Ramusio, III, 300) left an impressive description of it. The temples benefited from large income from lands which were cared for by special workers.

Cult. – We already know that there was, among the practices of worship, a kind of baptism for the newborn and a kind of auricular confession to free oneself from deserved punishments, especially for religious sins. they mixed the image of a divinity with cornmeal and human blood and fed on it, imagining it was the very flesh of the god; they subjected themselves to austere penances, pricking themselves with thorns or points of flint or obsidian various parts of the body, especially the tongue, and sprinkling their idols with blood to ingratiate themselves with the divinities. To worship they used to touch the ground with the middle finger of their right hand, bringing the dust to their mouths; they prayed curled up and facing east.

Numerous and sumptuous religious ceremonies, in which, monthly, the various divinities were honored. In them the processions, the offerings, the prayers, the penances, the dances, the sacrifices of animals and men gave an aspect of imposing grandeur. The most famous was that of the end of the century (every 52 years), in which the rebirth of another equal period was celebrated. During the last five days, Mexicans set about destroying household items, preparing for the end of the world. They sacrificed a chosen victim on the last evening during the culmination of the Pleiades, lighting a fire on her chest that served to make the stake flare up, while the dawn of the new century was rising, celebrating it with delirious jubilation; in the thirteen days following the ceremony the feasts continued with processions. 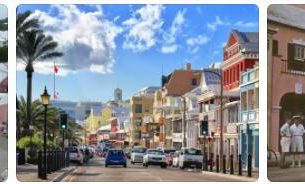