According to allcitycodes, Kuala Lumpur is the busy capital of the Asian country Malaysia. Most Dutch tourists who visit this city do so during a stop-over en route to/from Australia, Indonesia, Thailand or other Asian destinations. Those who visit Kuala Lumpur will be especially impressed by the combination of old colonial buildings and modern architecture, of which the well-known Petronas Twin Towers are of course a good example. If you make a stopover in Kuala Lumpur, you should keep in mind that the airport is about seventy kilometers from the heart of the city. With the KLIA Express you can reach KL Sentral station within half an hour, but from there you will probably have to take another ten to thirty minutes by taxi.

Top 10 Things to Do in Kuala Lumpur

#1. Petronas Twin Towers
The international symbol of the city of Kuala Lumpur is without a doubt the imposing Petronas Towers. The 88-storey towers are designed by the Argentine architect Cesar Pelli. From the bridge on the 41st floor you have a spectacular view over the city. Spread over these floors in the towers, you will find the most beautiful shopping center in Kuala Lumpur. This is the well-known Suria KLCC. Behind the Petronas Twin Towers is a beautiful city park. This is the KLCC Park (Kuala Lumpur City Center Park).

#2. Batu Caves
Once dedicated to Lord Murugan, this impressive limestone hill is one of the most important pilgrimages for Hindus. Anyone who visits this place will have to admit what an impression it makes. To visit the temple you first have to climb about 272 steps, which lead up behind the Murugan statue. The hundred meter high temple in the cave is decorated with many statues of Hindu gods like Shiva and Genesh. There are also beautiful wall paintings with images of gods. The beautiful light through holes in the rocks gives the whole something magical.

#3. Chinatown
The area where the oldest mosque Masjid Jamek is located is called Chinatown. This part of the city runs from Jalan Hang Kasturi to Jalan Sultan. The main street is Petaling Street. This is the most central area of ​​Chinatown. The district has a real multi-cultural character and many traditional temples, including the Indian Temple Sri Maha Mariamman and the Chinese Guandi Temple.

#4. Dataran Medeka
Important events have taken place on this square. For example, Malaysia’s flag was hoisted here for the first time when it became independent in 1957. Dataran Medeka means Independence Square. There is plenty to do and experience in this huge square. This is where the stunning Sultan Abdul Samad building is located. Beautiful during the day, but once illuminated at night even more magical. Furthermore, at the Dataran Medeka you will find the Royal Selangor Club, Kuala Lumpur Memorial Library, National History Museum and St. Mary’s Cathedral.

#5. National History Museum
In the beautiful national museum of the city of Kuala Lumpur you will quickly gain more insight into the history of Malaysia. There are many findings, objects, Buddhas, coins and weapons to admire. Its history goes back from the Stone Age through the Middle Ages to the Second World War. The most important item is the table on which the Treaty of Pangkor in 1874 was signed.

#6. Masjid Jamek
The oldest mosque in the city is the Jamek Mosque. This mosque stands on the place where Kuala Lumpur once began to exist. The mosque is mainly made of red brick and marble. You see a lot of Moorish architecture in it, for which Arthur Benison Hubback is responsible. The Masjid Jamek can be visited with due observance of the customs of covering arms and legs. Women must also cover their heads. The main prayer room is only accessible to Muslims. The National Mosque of Malaysia is also located in Kuala Lumpur. This is Masjid Negara. This mosque is very large in size and is much more modern than the old Masjid Jamek.

#7. KLCC Park
The large city park KLCC (Kuala Lumpur City Centre) has everything you would expect from such a park. A running route, several benches, a convention center with aquariums, a playground, a beautiful Lake Simfoni and lots of other natural beauty. Due to the amount of trees there is enough shade to cool off.

#8. Thean Hou Temple
One of the largest Chinese temples in Malaysia is located in Kuala Lumpur. This is the three-storey Thean Hou Temple. The traditional roofs are decorated with the Chinese dragons of gold and many carvings. Nowadays, outside the prayer hall with altars, there are also a souvenir shop, fortune tellers and restaurants. Outside the building are statues of the twelve animals of the Chinese zodiac.

#9. SkyBar
The bar on the 33rd floor of the Traders Hotel in Kuala Lumpur City Center is the place to be for fabulous views of the Petronas Twin Towers and a fair portion of downtown Kuala Lumpur. The hotel is located quite directly in front of the two towers and there are no buildings blocking the view. The KLCC park is located between the hotel and the towers.

#10. Kuala Lumpur’s Central Market
The blue market hall used to be the city’s largest fresh food market. Nowadays it is more of a bazaar where you can buy a lot of handmade items or typical Malaysian stuff. In any case, the offer is very diverse. As in any market, it is customary to haggle with respect. Above the market hall are a number of eateries as we know them as “food courts”. 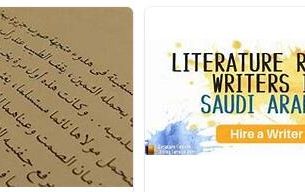 Saudi Arabia Literature Developments since around 1850 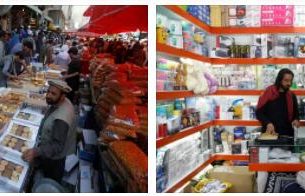