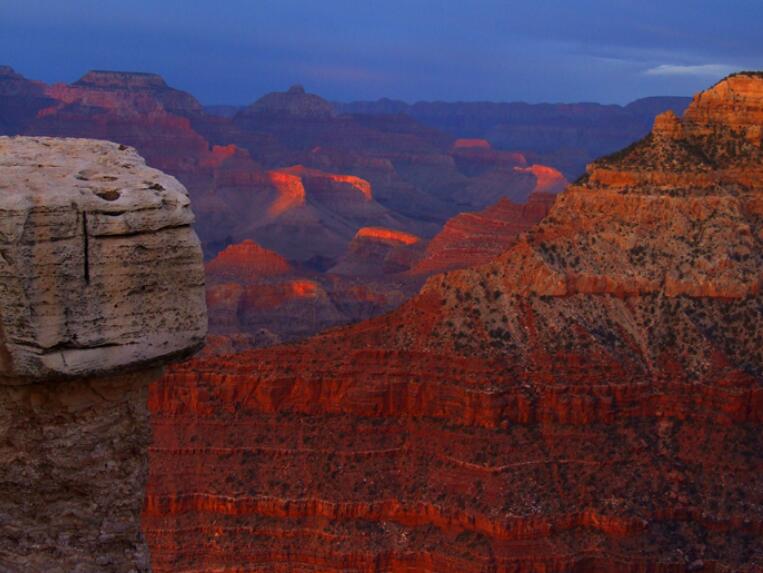 According to timedictionary, Grand Canyon National Park is located in the state of Arizona, in the southwestern United States. The nearest airport is Phoenix. The state of Arizona has mild winters and extremely hot summers, with frequent thunderstorms from July through September. The summer months are only a paradise for true sun worshippers; daytime temperatures can exceed 50°C. The Grand Canyon has a desert climate characterized by hot summers and cold, snowy winters in the north. Do you want to experience the Grand Canyon ‘from the inside’? Rent a helicopter and have a picnic in the Grand Canyon! Given the heat of the summer months and the cold of the winter, which closes off the North Rim from October to May, the months of April and May, as well as September through November, are ideal for visiting the park.

Lipan Point on the South Rim sits above a bend in the Colorado River and offers a panorama that stretches far west. In addition, the Unkar Delta, one of the most fertile archaeological sites in the park, is clearly visible here. Other beautiful sunrise and sunset spots include the Grand Canyon Lodge, Mohave, Hopi, and Desert View. On the North Rim, head to Cape Royal for the best view.

On the South Rim, the Desert View Drive is one of the most beautiful routes to view the Canyon, as you see more here than from the Cape Royal Road and the Hermits Rest Route.

At the end of the Hermits Rest Route is a strange structure from 1913 that indeed looks most like a hermitage. Inside you will find a fireplace, authentic furniture and candlesticks on the wall.

For a compelling view over the Canyon, book a helicopter flight with, for example, the Dreamcatcher Sunset Tour. It flies from Las Vegas to Hidden Valley and the Valley of Fire.

Other National Parks nearby

During a trip to the National Parks of the Southwest, Grand Canyon can easily be combined with, for example, Antelope Canyon, Monument Valley, Bryce Canyon and Zion National Park. 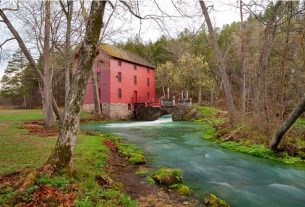