Due to the isolation from the great European centers, for a long time Finnish music expressed itself, as well as in religious chant (Catholic and Protestant), in a rich folkloric tradition, linked to national sagas and legends, of which the songs and ballads from the Kalevala cycle and folk lyric songs from Kanteletar, all widely used later by Finnish composers. In the second half of the century. XVIII Åko (now Turku) was the first center to organize concerts, in which well-known foreign soloists were also produced. The first important Finnish musician was the clarinetist and composer BH Crusell (1775-1838), active however in Sweden. The decisive impetus for the development of musical life was given by the Hamburger F. Pacius (arrived in Helsinki in 1834): very active organizer, he composed among other things the first Finnish opera (The Hunt of King Charles) and the country’s national anthem. Trained in German schools, M. Wigelius and R. Kajanus (1856-1933) were valid exponents of the nationalistic taste in vogue in the second romanticism. At the turn of the century Jan Sibelius (1865-1957), by far the greatest Finnish composer and the only one who has enjoyed a continuous fortune even in foreign countries with a great musical tradition, took place in the nineteenth and twentieth centuries. Among the later composers are to be remembered: Yrio Kilpinen (1892-1959), Uuno Klami (1900-61), Tauno Pylkkanen (1918-80), Joonas Kokkonen (1921-96). According to 3rjewelry, Finland is a country in Europe.

A first group of dancers appeared in Helsinki at the opening of the Opera House in 1879. However, a real stable company only established itself in the 1920s, under the direction of George Gé, coming from the Mariinskij Teatr in St. Petersburg. In Finland, the St. Petersburg school has always exerted a great influence. The first company in the country is the National Ballet of Finland, with a classical and modern repertoire of international style, heir to that first group of dancers of the Opera House, to which it is annexed. However, some experimentalism has appeared on the scene, with the birth, also, of young research groups.

The first masonry theater in Helsinki was inaugurated in 1860, but it was performed mainly in Swedish, and only 13 years later a professional Finnish theater was born, animated by the playwright K. Bergbom, which later became the National Theater and moved to its current location in 1902. A Swedish Theater has also been operating since 1867, also considered a national theater. The country has about thirty theaters with professional actors in Finnish and some for performances in Swedish, as well as more than 6,000 amateur companies: remarkable figures when compared to the population.

Born in 1907, Finnish cinema remained subject to Swedish culture for a long time. The birth (1934) of the production consortium Suomen Filmiteollisuus prepared an awakening, which took place with the films of Risto Orko (Activists, 1940), Nyrki Tapiovaara (The journey of a man, 1940, from the autobiographical novel by FE Sillanpää) and Valentin Vaala (Men in the Summer Night, 1948, from another book by the same writer). Consolidating on an average of 20-30 films per year and ranking second in value among the Nordic countries, Finnish cinema achieved international success with The White Reindeer (1952), produced, directed and photographed by Erik Blomberg, written and interpreted by his wife Mirjami Kuosmanen, both already known since 1940 for having collaborated on The Journey of a Man. . In the 1950s, directors such as Matti Kassila (Sad Week, 1953; Time of Harvest, 1956) and Edvin Laine (who brought Väinö Linna’s novels, from Unknown Soldiers, 1955, to Akseli and Elina, 1970) to the screen. Instead, Jörn Donner made a name for himself in Sweden before returning home to work as a producer, director and performer (Profili di donna e Anna, 1970; Man cannot be raped, 1978). Meanwhile, a nouvelle vague had come to light in Helsinki with Maunu Kurkvaara (Rakas or The Most Dear, 1961), Risto Jarva (Diary of a worker, 1968), Jaakko Pakkasvirta (Summer Revolt, 1970), while Sakari Rimminen with The castle of dreams and Erkko Kivikoski won the grand prix at the San Remo Art Film Festival in 1972 and 1973 with A shot in the factory. In this decade Risto Jarva continued his social investigations in When the skies fall (1972) and War of a Man (1975), against the myths of success, and with the ecological fable Year of the Hare (1977). Set in the countryside of the good old days, on the other hand, The Earth is a Song of Sin (1974) and Nothing Bad for a Man (1977) by Rauni Mollberg. Subsequent creations include, by Jaakko Pakkasvirta, Il poeta e la muse (1978) and the dark but evocative The sign of the beast (1982) and, by Pirjo Honkasalo and Pekka Lehto, Nine roads to get to Helsinki (1982) and the antinuclear film 250 grams (of lethal plutonium), presented in Venice in 1983. During the eighties and nineties, the two brothers Kaurismaki, Mika, and above all Aki (Ariel, 1988; La fiammiferaia, 1989; I rented a killer, 1990; Life from Bohème, 1992; Tatjana, 1994 and Traveling Clouds, 1996); The man without a past, 2002; The lights of the evening, 2006; Miracle in Le Havre, 2011; The other face of hope, 2017). 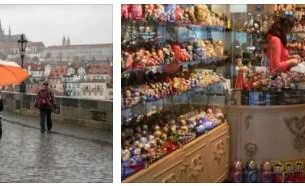 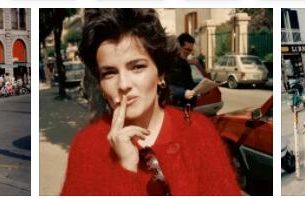 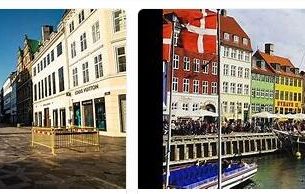