The island of Cyprus was visited by St. Paul and St. Barnabas (Acts, XI, 1-12) around the year 47. Christian doctrine developed quite rapidly on the island thanks to the apostolate of preachers who came from nearby Syria. From these apostolic origins the Cypriots have always known how to take the pretext to claim the right to autocephaly (v.), Against the attempts of the patriarchs of Antioch to extend their jurisdiction on the island. The autonomy of the Cypriot church was recognized by the ecumenical council of Ephesus (431) and sanctioned towards the end of the century. V by the emperor Zeno. About ten bishoprics were later erected in Cyprus, now reduced to three, which assumed the metropolitan rank, according to the custom of the modern Greeks, but without suffragans. With the conquest of Guido di Lusignano (1192) the feudal system was introduced in Cyprus, and with it the subordination of the Greek bishops to the Latin hierarchy was established. Although already involved in the schism of Michele Cerulario (1054) the Cypriots were officially considered as Catholics; but the armed conquest of the island, the usurpations of Greek ecclesiastical goods by the Latins, and the political opposition, confirmed them even more in the schism. The popes, while maintaining the principle of the more or less forced accession of the Cypriots to union with Rome, had to intervene several times to curb the overly ardent zeal of their legates: the constitutions promulgated by Innocent IV in 1254, and by Alexander IV in 1260, have remained famous in the history of the juridical relations between the two churches. With the Turkish conquest (1571) the Latin hierarchy was expelled, but the Greeks were also persecuted.

Today the Orthodox archbishop resides in Nicosia and the three metropolitans in Paphos, Larnaka and Kerynia. The Orthodox population, all Greek, rose to 240,000 souls in 1927.

The Latin Catholics who remained on the island under Ottoman rule were entrusted to the Franciscans of the Holy Land, and, after the restoration of the Latin Patriarchate of Jerusalem in 1847, to the Latin Patriarchate of that city. There are in all three parishes with 855 Latins, mostly foreigners, according to a statistic from 1927. For Cyprus 2005, please check ehealthfacts.org.

The Lusignans had brought with them to the island numerous Eastern Christians wishing to escape the Muslim yoke: Jacobites, Armenians, Maronites but not Nestorians, confused in some pontifical document with the Jacobites; Copts and Ethiopians also came there. Today, the Armenians have almost established a new colony there following the collapse of their nation in Asia Minor: they are all dissidents. The Maronites had a bishopric on the island immediately after the arrival of the Lusignans; there were perhaps 15,000, almost all grouped in the mountainous region north of the island, and, as Catholics, they received their bishop from the national patriarch residing in Lebanon, who was nevertheless subject to the Latin bishop of Famagusta. After the Turkish conquest they were persecuted in such a way by the Greeks and by the Turks instigated by the Greeks, linobambaci (“flax and bambace”) a half-Christian half-Muslim sect, while others persevered and still inhabit five villages with a population of about 3000 souls. They speak Greek, but their rite has remained the Antiochian one of the Maronites with Syriac or Arabic language, and their bishop resides in Lebanon, in Qurnat-Šahwan, having received there other territory in addition to the restricted one of the Cypriot churches. Today religious peace is absolute. 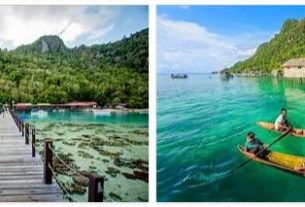 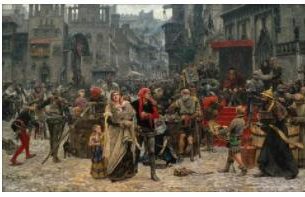