Launched on August 4, in the proven form of the DC-PSI-PSDI-PRI-PLI pentapartite, on August 12-13 the Craxi government gained the confidence of Parliament. Prominent men of the DC were part of the cabinet such as Forlani in the vice-presidency and Andreotti in the foreign affairs and, in addition to Craxi, there were two other party secretaries, Spadolini of the PRI in defense and P. Longo of the PSDI in the budget. In addition to the absolute novelty of a socialist in the presidency of the council, the Craxi government will be remembered for its duration and political stability. After a brief crisis that quickly resolved in the summer of 1986, it will be followed by a second government identical in formula and with small variations in composition which will resign in March 1987.

Governability guaranteed, Craxi gave an interpretation of his presidency that he wanted to be radically different from the tarnished Christian Democratic presidencies in terms of incisiveness, decision-making capacity, strengthening of the executive. To obtain this result, he did not escape a climate of creeping tension with the Christian Democratic secretariat held by De Mita, he imposed a hard battle on the PCI on the issue of the escalator, and in some cases showed an unusual independence in foreign policy. This interpretation of the role of the executive and the ways of managing public affairs, together with the positive effects of a favorable international situation, could configure ideal conditions for satisfying the many expectations of change traditionally linked to socialist reformism. In reality, Craxi’s plan aimed above all to achieve a rebalancing of the forces of the center and of the extreme left to the advantage of the PSI as a premise for lasting changes: hence a series of initiatives aimed, with effective tactics, at creating consensus in the border areas of left or center, where it seemed possible to undermine or crack the hegemony of the PCI and the DC. Even the repeated proposals for institutional reform, initially revolving around the proposal of a presidential republic, were used in a mainly instrumental way as a factor capable of displacing the other political forces. Perhaps because it touched consolidated lines and perhaps because it was supported by a public style made of incisive unscrupulousness – immediately connoted as authoritarian -, Craxi’s project met with considerable resistance from a section of the press and public opinion. The electorate was also rather lukewarm, not granting adequate consents to its realization. According to transporthint.com, the conflict on the left consolidated a practice of mutual antagonism with the PCI, making the hypothesis of the formation of a single great reformist force ever more remote. Moreover, the pervasive socialist occupation of positions of power, in open competition with the DC, created a network of complicity and solidarity – even with part of civil society – destined to change the forms of social settlement of the PSI, progressively transforming it into a vehicle. of social groups on the rise. Successful the resolution to prevent new openings and meetings between DC and PCI – by virtue of action of both party and government -, instead the project to make the PSI become the driving force of the reformist left ran aground. The novelties of Craxi’s years therefore concerned above all the attempt to modify the balance between the three major parties (DC, PCI, PSI) and to overturn some conventions of political action, making the most of the powers of the executive, without however transforming the system as a whole.

The start, starting from 1983, of an expansionary phase of the economy accompanied by a significant productive restructuring of the industrial sectors, allowed the government to propose a revision of the escalator. The cost of labor was a debated problem for years and with greater intensity after the introduction, in 1977, of the single point of contingency that determined the automatic increase and the tendential flattening of wages. On February 14, 1984, a decree cut three of the twelve contingency points envisaged for that year. This decision had the consent of a large part of the trade union world (the CISL, the UIL and the socialist minority of the CGIL), but not that of the communist majority of the CGIL. A new front of confrontation was opened with the PCI, which first resorted to obstruction in Parliament and, after the decree was finally approved (on June 7), it began the collection of signatures for the abrogative referendum. The political isolation of the PCI, the lack of support from the trade union world, the divisions in the CGIL, finally a widespread attitude in public opinion in favor of reducing the constraints placed on the market – and therefore also on labor – led to the defeat of the abrogation proposal in the popular consultation held on 9-10 June 1985 (45.7% yes, 54.3% no). The previous month, the regional elections held on May 12-13 had broadly confirmed the alignments present in Parliament (with some recovery of the DC and the PSI, mainly in the South) and denied the new ranking that emerged from the European elections of the previous year..

Simultaneously with the start of the battle on the escalator, the long negotiation, begun in 1976, on the revision of the Lateran concordat of 1929 between the Italian state and the Catholic Church came to an end. On February 18, 1984, the agreement to modify the concordat was signed by Craxi and the Vatican secretary of state A. Casaroli at Villa Madama in Rome; it was followed, on November 15, by the agreement on the entities and on the ecclesiastical patrimony. The exchange of the instruments of ratification between Craxi and John Paul II took place in the Vatican on June 3, 1985. The agreements, known as the “new concordat” (see state and church, in this Appendix), considered “the principle of the Catholic religion as the only religion of the Italian state no longer in force”: this was done in homage to an ancient request from the secular world, but also reflected the purpose of defining relations with others confessions and religions present in Italy. The Villa Madama agreement was also largely innovative on other aspects relating to the reduction and redefinition of the privileges of ecclesiastical bodies, the adaptation of canonical marriages to civil law and the modification of the criteria for recognizing ecclesiastical sentences of nullity, finally teaching of the Catholic religion in schools, from kindergarten to high school. 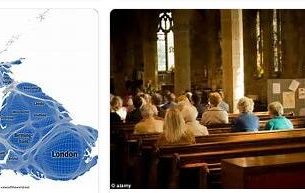 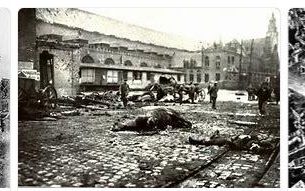 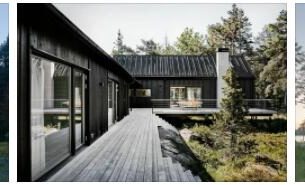