China is the most populous state on Earth: with 1 billion and 339 million residents surveyed in 2010, the country gathers about 35% of the population of Asia and a little less than 20% of that of the whole Earth: a resident in three of Asia and one in five of the world lives in China. According to cachedhealth, the population of China dates back to very remote times: the fossil finds unearthed so far all belong to the genus Homo. Dated to 800,000-600,000 years ago, they are the oldest fossil remains of Homo erectus found in Lantian and Yuanmou (for two incisors found in the latter location, the dating, now questioned, of 1.7 million years has even been proposed), more recent are the well-known finds (Sinanthropus) of Zhoukoudian dating back to a period datable between 460,000 and 230,000 years ago. More evolved human forms of Homo erectus, dated between 250,000 and 150,000 years ago, have been found in Shanxi and Hexian: these hominids would therefore have been partly contemporaries of the Neandertaloids present in northwestern and, apparently, southwestern China (Guandong). L ‘ Homo sapiens sapiens modern appears already widespread starting from 40,000 years ago both in the North (Zhoukoudian) and in other regions, with strong settlements of pre-Mongoloid human types in Liucheng and Ziyang (Sichuan), in Shiyu (Shaanxi), in Xujiayao (Shanxi). The material cultures of these people were those typical of the Paleolithic hunter-gatherers.

The phyletic relationships between these and the Neolithic populations are not yet well known, which appear to be already in full development from the eighth millennium BC. C. and to which we owe the spread of the cultivation of “wet” rice in the great river plains, the domestication of various local plant species and the introduction of the breeding of poultry, cattle and pigs, which made possible a continuous and rapid growth of the population. Already in the third millennium a. C. the Chinese strictly speaking, the Han of central-eastern China, constituted the most important and numerous ethnic group, whose constant expansion led to the marginalization of other different ethnic groups existing in the territory, or to their assimilation especially in the central and southern area of ​​China. Official sources recognize 56 ethnic-linguistic groups, among which the Sinic one is prevalent, defined as Han, absolutely dominant in the E. and to which 91.5% of the country’s population belongs. The Han belong to the Sino-Tibetan linguistic group, clearly prevalent in the country; this group has two main linguistic variants: the Chinese and Tibetan languages, which are very unequal in terms of the number of speakers. However, there are profound differences between the han of the N and those of the S, both on the anthropological level, and above all on the linguistic one, so much so that in practice, the Chinese are linguistically “unified” only by writing. All the Han, on the other hand, are united by the traditional kind of agricultural-sedentary life that has long distinguished them from the minorities of the West and the extreme N, mainly pastoral and nomadic.

The Sino-Tibetan linguistic family also includes groups classified in their own right such as the Zhuang (the largest minority, comprising 1.3% of the total population), the Hui (0.8%), the miao (0.7%) and the Tibetans themselves. The latter, although spread over a vast territory, represent only 0.5% of the population of China, but are becoming a minority in their own region following the violent repressions, perpetrated against them since the 1950s, which caused the flight of tens of thousands of refugees, and the subsequent planned sinization of Tibet by immigration of Han settlers. Another linguistic group present in China, but clearly in the minority in terms of number of speakers, is the Altaic one, widespread in Xinjiang and Zungaria, in contact with the great Altaic area of ​​Central Asia and, in the Mongolian and Korean variants, along a wide band border with Mongolia and a narrower belt near North Korea. Real linguistic minorities, Manchu (0.8%, moreover one of the most Sinized among minority groups), Uyghurs (0.8%), Mongols (0.4%) and hui. The most compact of these minorities live in four large regions (together they make up 45% of the entire territory) formally autonomous but sparsely populated and subject to slow infiltration by the Han, which is part of a long-term policy aimed at all ‘assimilation. The other minorities also enjoy a certain autonomy and each language is theoretically protected by the state. 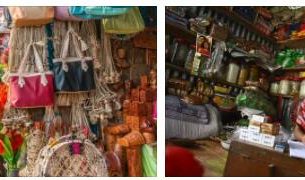 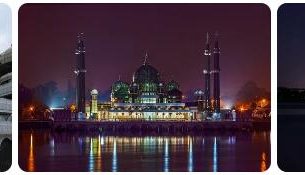 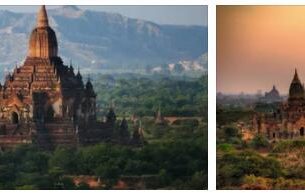